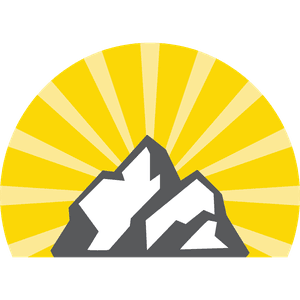 This is what we teach at Calvary about Jesus, the Bible, the Church, and a few other things.

The Bible is the ultimate and final authority in all matters including faith and life. We believe that the Bible is God’s infallible, written word, uniquely, verbally and fully inspired by the Holy Spirit, and written without error in the original manuscripts.

There is one true God, eternally existing in three persons – Father, Son and Holy Spirit – each of whom equally possess all the attributes of deity and personhood.

Jesus Christ is God who became flesh through his miraculous conception by the Holy Spirit and the virgin birth. Therefore, He is perfect deity and true humanity united in one person forever. Jesus lived a sinless life and voluntarily atoned for peoples’ sins by dying on the cross as their substitute, thereby satisfying divine justice and accomplishing salvation for all who trust in Him alone. Jesus rose from the dead in bodily form; He ascended bodily into heaven and sat down at the right hand of God the Father where He lives as the only mediator between God and humans.

We believe that the Holy Spirit is a Divine person, equal with the Father and Son; that He convicts people of sin, righteousness and judgement, bears witness to the truth, is the agent of the new birth, and that He seals, strengthens, guides, teaches, witnesses to, sanctifies, fills, prays for and helps the believer, indwelling every person who truly relies on Christ’s death on the cross to atone for their sin. We believe that the sign gifts of the Spirit, such as speaking in tongues and faith healing were temporary.

We believe that the material universe, including man, came into being by the direct creation of the Godhead and not by the process of evolution from the lower to higher forms. We believe that, in six literal, twenty-four hour days, God created the universe including our world and everything on it. The created world, including Adam and Eve, were perfect before Adam’s sin.

The first person, Adam, sinned by disobeying God and was separated from his Creator. That historic fall brought all mankind under divine condemnation. Therefore, human nature is corrupt, totally unable to please God and completely unable to personally remedy his lost condition apart from God’s work in his life.

We believe that the Lord Jesus Christ accomplished our redemption through His substitutionary death on the cross. We believe that the full forgiveness of our sin is made sure by His literal, physical resurrection from the dead making believers eternally secure in Christ forever. Salvation is completely a work of God in the life of an individual where they are a recipient of God’s grace. We believe that all who trust in Christ’s work on the cross are kept by God’s power

We believe that every one who believes in Christ’s substitutionary death on the cross is immediately placed into the universal body of Christ which is also called the universal church. The universal church is visible in local churches comprised of believers in Christ’s sacrificial atonement who are united by the fundamentals of the faith, exercising their Spirit-given gifts and fellowshipping in love, recognizing Jesus Christ as the absolute head of the church. We believe that Jesus commanded for all believers to be baptized by immersion, to place themselves under the authority of the local church, and to regularly participate in communion. Local churches should purpose to constantly give glory to God by sharing the Good News of His grace to the world and by growing in God’s Word, worshipping, fellowshipping and serving together. Christ has given pastors (elders or overseers) to lead local congregations and deacons to help meet the needs of the church. We believe that local churches are to be governed from within and are to be free of denominational and political control. Local churches are to decide, by God’s Word, their matters of discipline, care, order, membership and association.

We believe in the bodily, personal, imminent, and premillennial return of Jesus Christ; that He will come before the seven year tribulation period to take His church to heaven, and that He will return with His church at the close of the tribulation to judge the living nations and set up His millennial kingdom. We also believe in the resurrection of the dead; that believers who have died will be raised at the coming of Christ for His church and that the unbelievers will be raised at the close of the millennial Kingdom and will stand at the Great White Throne of Judgement to be cast into the lake of fire for eternal punishment.

Have a question about what we believe at Calvary? Get in touch with a person on our lead team directly by clicking the button below. 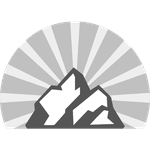